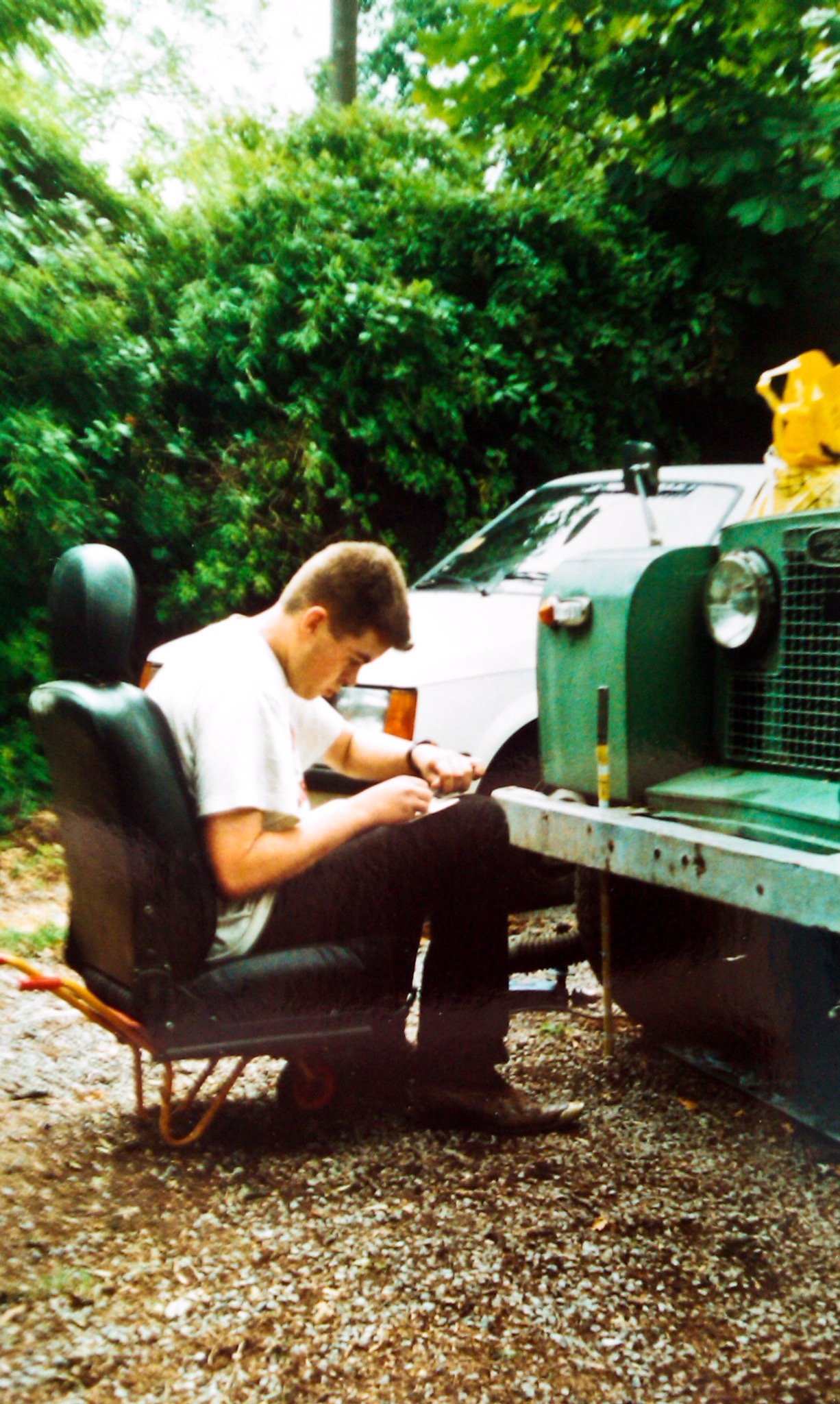 Back in the 1990’s when I bought her, she got her first restoration. She had been standing for some time in a garden, and needed a little TLC.

The chassis got a light overhaul, and a bit of rust was repaired.

The small 1960’s wing mirrors were seized, so they were swapped for som more practical Defender mirrors, together with the top door hinges, that are necessary, in order to mount them.

The roof was removed, and a roll cage mounted in the bed.

The graveyard, who had bought her, back when Laura was brand new had her converted to dual fuel, and therefore she had two fuel tanks. The original petrol tank under the passenger seat, and a liquid gas tank in the front of the load bed.

We removed the gas tank, valves and wire loom, because it hadn’t been serviced for an unknown series of years, and I wasn’t sure it was safe to use.

The carburettor was tired, so it was replaced, and the large oil filled air filter was replaced by one from K&N.

A good deal of wiring was redone, and all lights except the number plate lamp and cabin light were exchanged for new units.

The headlights were upgraded to H4 units, and four Hella Rallye 3000 lamps were mounted on the rollcage. Two normal floodlights and two narrow “Pencilbeam” lights. All four had 100W halogen bulbs in for off-road driving.

The brakes got a complete overhaul, with new brake liners.