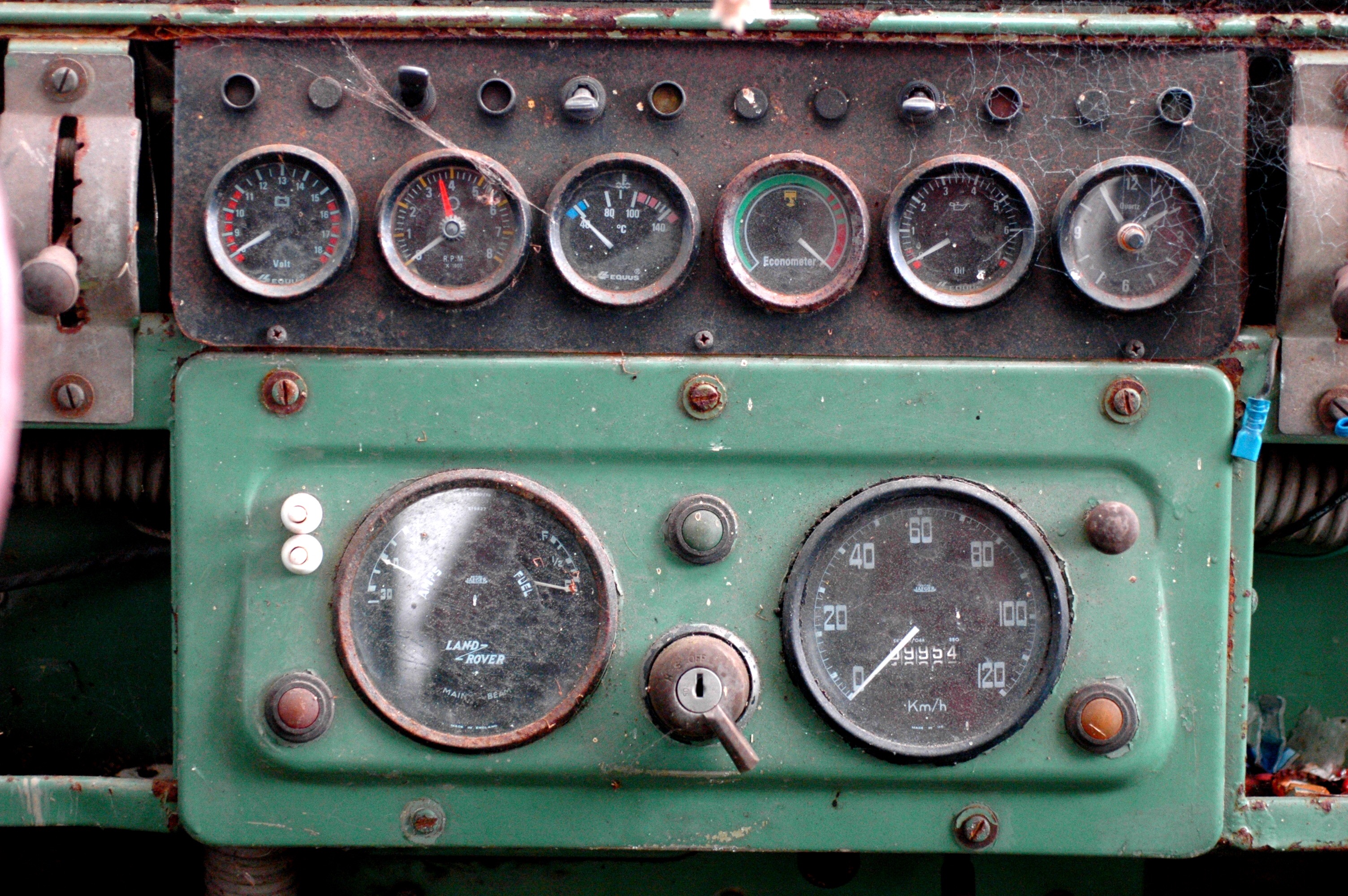 Laura is from way before the Cigar lighter plug was invented, but she did have a pair of 12V “Dash power sockets”, in form of two 1/8th inch “Wander plugs” in the dashboard. One for plus and one for minus. Since I didn’t have any equipment I could use in these plugs, I repurposed them to fit buttons for turning on the wipers (one for the right motor, and one for the left motor), so that I could activate them while driving. Back then I had a H-style racing harness, and couldn’t reach the switch on the passenger wiper motor 🙂 .

I needed a universal plug

You would expect that this was an item that had been solved long ago, and that there would be a handful of equally suitable products on the market, but surprisingly enough I still haven’t found the perfect plug.
They all seem to have one mayor disadvantage, that somehow has been solved by other plugs (with other disadvantages).

Lets start with the “original” choice of Land Rover, the 1/8th inch Wander-plug.

Wanderplugs, and other types of “banana plugs” are fine for stuff that needs to be plugged in and unplugged often, but they are not the best for semi permanent connections.

The wander plugs are hard to come by, and I can only think of one reason to use them. In order to keep a 100% original dashboard.

My multimeters and workbench power supply uses banana plugs in able to quickly attach an array of external equipment, but they stick out to far, and are prone to be broken, if used in an engine bay, or cabin.

Besides, the male connector is uninsulated, so short circuits can easily happen if they aren’t inserted completely.

Make your own Wander plug:
Solder the wire to a standard 1/8th inch split pin (3mm should work too) and glue a piece of plastic tube on to it as a insulated handle.

Anderson is probably most known for their Powerpole series, but that is only one of their many products.

I know that there are a lot that use the Anderson SB50 to transfer 12V between their car and trailer.

Found in every new car since the 1970’s, and therefore the standard 12V power outlets in cars.

Unfortunately converting an old lighter to power outlet, doesn’t result in the best connection, and since the standard has three different sizes, and two continents that insist on using each their size as a standard, it’s prone to having loose connections.

The three standards are:

Size B, 12 volt cigarette lighter receptacle:
Standard in most European cars
Can be found as a secondary auxiliary outlet in some American cars
Diameter: 21,41 – 21,51 mm

As seen above, the American cars “receptacle” is a tad smaller than the European favourite, so equipment manufacturers, who wish to make a product that fits all markets with one plug, use a small plug that fits in the Size A socket, but can expand its springs to fit the Size B socket.
However the result is that things rattle loose, or have problems with keeping connected in the larger European plugs.

The same cylindrical connector you know from anything from laptops to battery chargers.

These can be found in a long row of sizes, and are great for making a quick connection.

Would work fine in the dash, bot not for semi permanent 12V power outlets in the engine compartment.

The correct name is ISO 4165 connector, and since nobody can remember it, the popular car electronics producer Hella quickly was credited. They are also known as BMW Accessory plug as they were standard on BMW motorcycles and Powerlet connector who also produced them.

The Hella plug can draw up to 12 amps of continuos power, and since it only comes in one size it’s a bit less prone to bad connections than the multi standard “cigarette lighter receptacle”.

Unfortunately it’s just as bulky, and can rattle loose. So it’s not practical for semi permanent connections.

I worked for a garage that had mounted the 2-pin NATO connector to their cars, so that we easily could connect jumper leads.

These can handle 250 amps of power.

Since then it seams that NATO have got an upgraded version called STANAG 4074, that can handle 500 amps of power

This is a great watertight and sturdy solution, but unless you need 200amps of continuos power, its overkill, heavy and not the easiest plug to handle.

If you still consider these, you will probably want to upgrade your battery and swap your dynamo with an alternator.

The XT-Connector series are available in several sizes.
The bigger the connector, the more amps can be transferred.

The plugs can be bought as standard plugs, mountable and with different wiring solutions.
If these are not enough, there is a long list of 3D printable stl files available for free.

I’ve been drawn to these, because they are handy, and the plug is protected against most accidental short circuits.
Unfortunately they aren’t watertight without lots of silicone paste.

If you have had the same thoughts, please tell us what 12V power outlets you ended up choosing, and why, in the comments below.