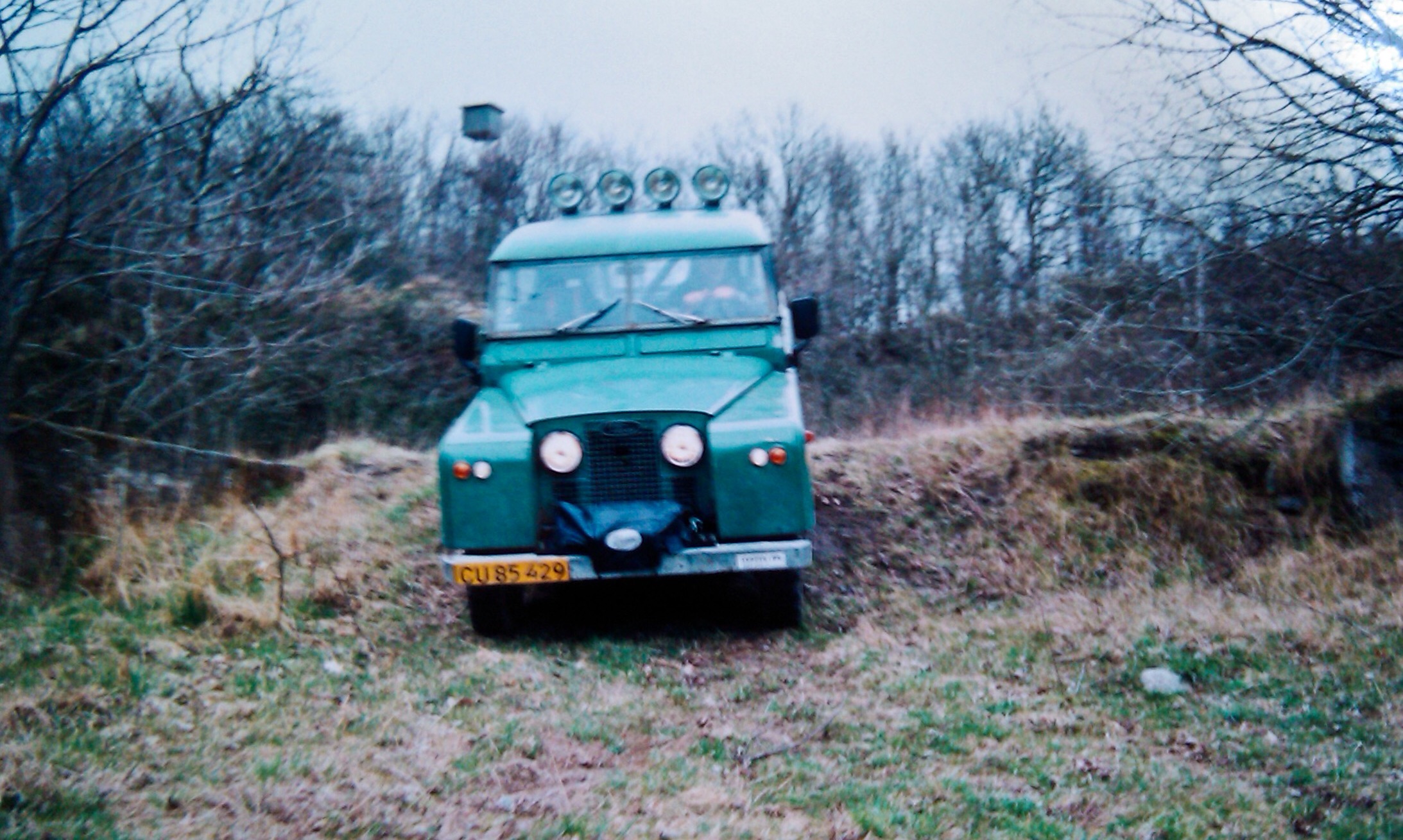 One of the greatest things about Series Land Rovers, is that they are as simple as anything can get. However this does not apply to the handbrake.

The system might be less complicated on a RHD model, but on a LHD model, the handbrake leaver is mounted on the left side, and has to activate the brake from the right side of the gearbox. This is done thru a weird and complex contraption, that consists of a long row of leavers, rods, axels, springs and bearings, connecting to a single drum brake, mounted on the gearbox housing.

If maintained regularly it can prevent a parked Landy from rolling, but if you activate it while moving, to prevent an accident, you will probably end up snapping your axles in stead.

And if you don’t maintain and use it regularly, chances are that dirt and rust has built up in the drum, and as a result friction is not what it should have been.

The best modification I’ve seen is a kit that converts the drum to a more modern brake disc.
Since the disc is an open construction, it doesn’t collect dirt, mud and rust as the closed drums tend to do.

29th March 202228th March 2022
Peter
What batteries do you get for your Series Land Rover? Land Rovers original part is a 58 Ah battery for 4 and 6 cylindre petrol...
28th March 202228th March 2022
Peter
The original Land Rover dynamo is (as the original battery) fine in an original Series vehicle, but if you add upgrades like a stereo with...
4th February 20224th February 2022
Peter
Born with 600-16 cross-ply tyres on 5x16 tubeless steel rims. The 6.00-16 tyres are hard to find nowadays, unless you want front tyres for a...
2nd February 20224th February 2022
Peter
Original rims The Series IIa came with several different rim sizes. Most SWB models came with the 5 inch steel rim (Part number 239601), and...
13th December 202113th December 2021
Peter
Before Brexit I bought most of my spare parts, tools and gizmo's in UK, but after Brexit this all became a lot more difficult and...
15th November 202115th November 2021
Peter
Where do you buy a "ready to go" converted Land Rover? There are a few companies that renovate Land Rovers and convert them to electric...