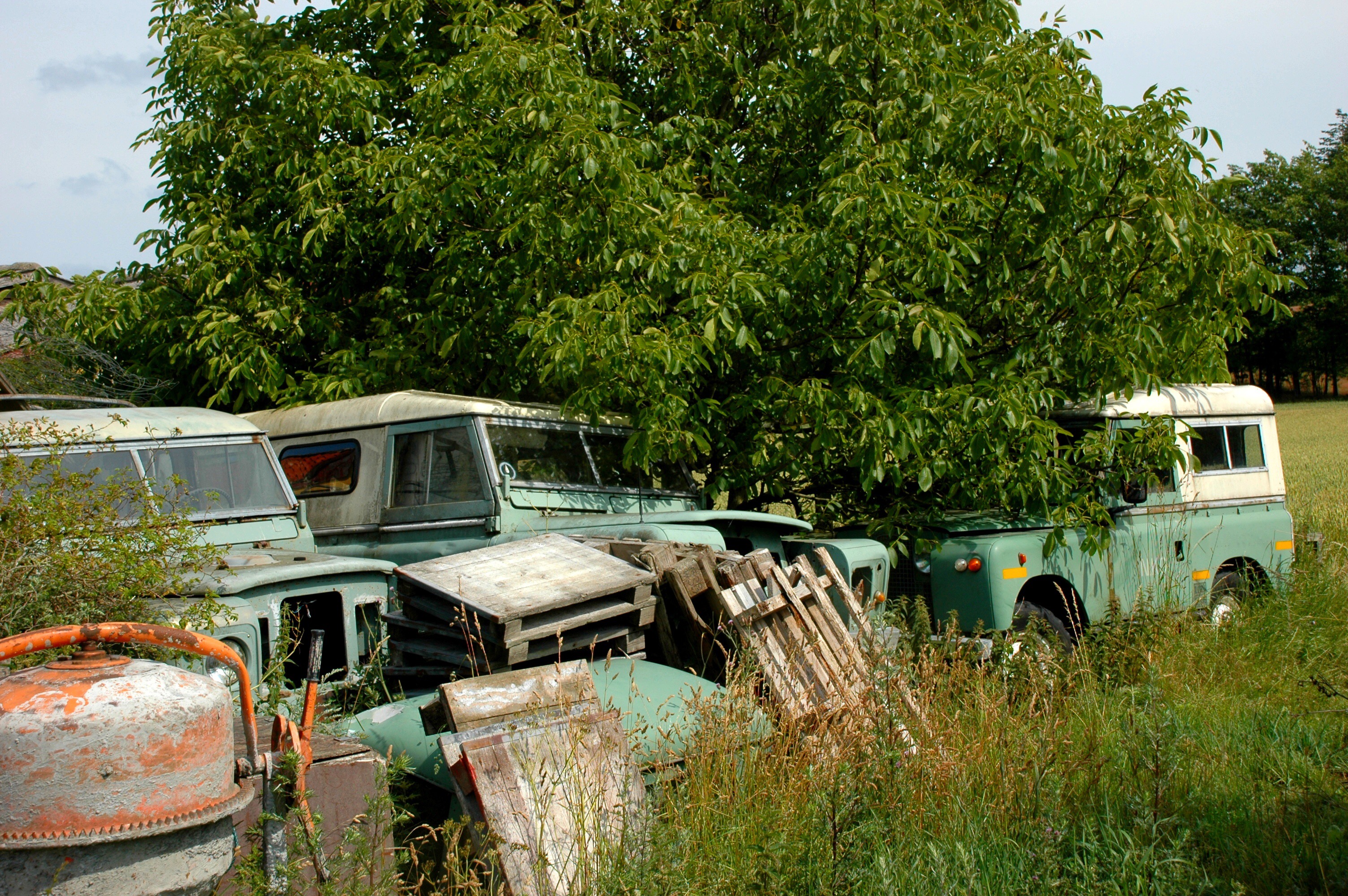 So while Laura was temporarily parked at another Land Rover fanatics home, somebody got the idea that the winch and bucket seats would look better on his car than on Laura.

While nobody was watching, the winch was removed, and an unsuccessful attempt was done on removing the two bucket seats.
Somehow the seats were damaged during the procedure, so they were left at the scene together with the slashed four point harness.

The winch was gone (but without the remote cable), and according to police they were confident that they had ended up on well known Mitsubishi Pajero, but without proof (eg a receipt with a serial number) they couldn’t be sure.

Now Laura’s home again, I’m mostly annoyed, that some people feel the need to take other peoples belongings, or destroy them.

I really hated the idea that someone had taken a hacksaw to her, and started to cut out her parts. Luckily they only cut the brackets that held the seats (and the harness), and didn’t cut in her panels.

Laura (and myself to be honest) are no longer as young as she was when I bought her. Back then she was an older Land Rover, and it was normal to rebuild and modify them for going off-road.

We have no plans for hardcore off-road, so the bucket seats and harness were going anyway. I would still like to have a winch though, but now I have an excuse to find one that is more period correct.

However that does not mean that cutting her up, and stealing from her was OK, in any way!
I’d rather have sold them, and have regained a bit of their cost.